One of my friends (a total moron) recorded Vysotsky's concerts for his home collection in a very original way: he cut off all the talks, and so only songs remained. He was just sparing tapes. But it was very long ago, in our childhood. It's almost offensive when people do the same in thousands of copies, - Dolzhansky has published the first version of Yanka's "Akustika" at "Arex" studio - with silence between the songs. And even Piotr Mamonov did the same with his home recordings.

Oleg Covriga publishes everything without a single rest. Mike with Tsoy, "Life at the Zoo" by Tsoy, Yanka's "Krasnogvardeyskaya", Bashlachyov series - all these recordings were published without any changes. Double (150 minutes) home recording of Khvost with Auktsion musicians (Fyodorov, Rubanov, Matkovsky) and Anatoly Gerasimov playing the flute, is an example of authentity. It seems you are listening to it right there.

Khvost is magnificent in all his actions. He recites poems, he jokes, sings, talks, he's real and alive, - all acts released by Otdelenie Vykhod are real and alive. Who can say that Mike, Tsoy, Yanka, Bashlachev, Svin are dead? And if they are, who's alive then?

Khvost is terribly charming. Even on tape. The program of those concerts, performed in a Moscow apartment and at mit'ki's place included French, Jewish, English and even Indonesian tunes, chants composed by Leo Ferre, Franchesko di Milano, V.Galilei, Malvina Reinolds, poems, chats, life as is. And how much does a piece of real life cost? Two and a half hours of the real thing.

Please, publish Khvost's live concerts. He's performed in Russia more than twice. Don't record him at studios, studios are boring for him. This release is the best of all his CDs. I don't even want to judge it. Let's better listen to it. 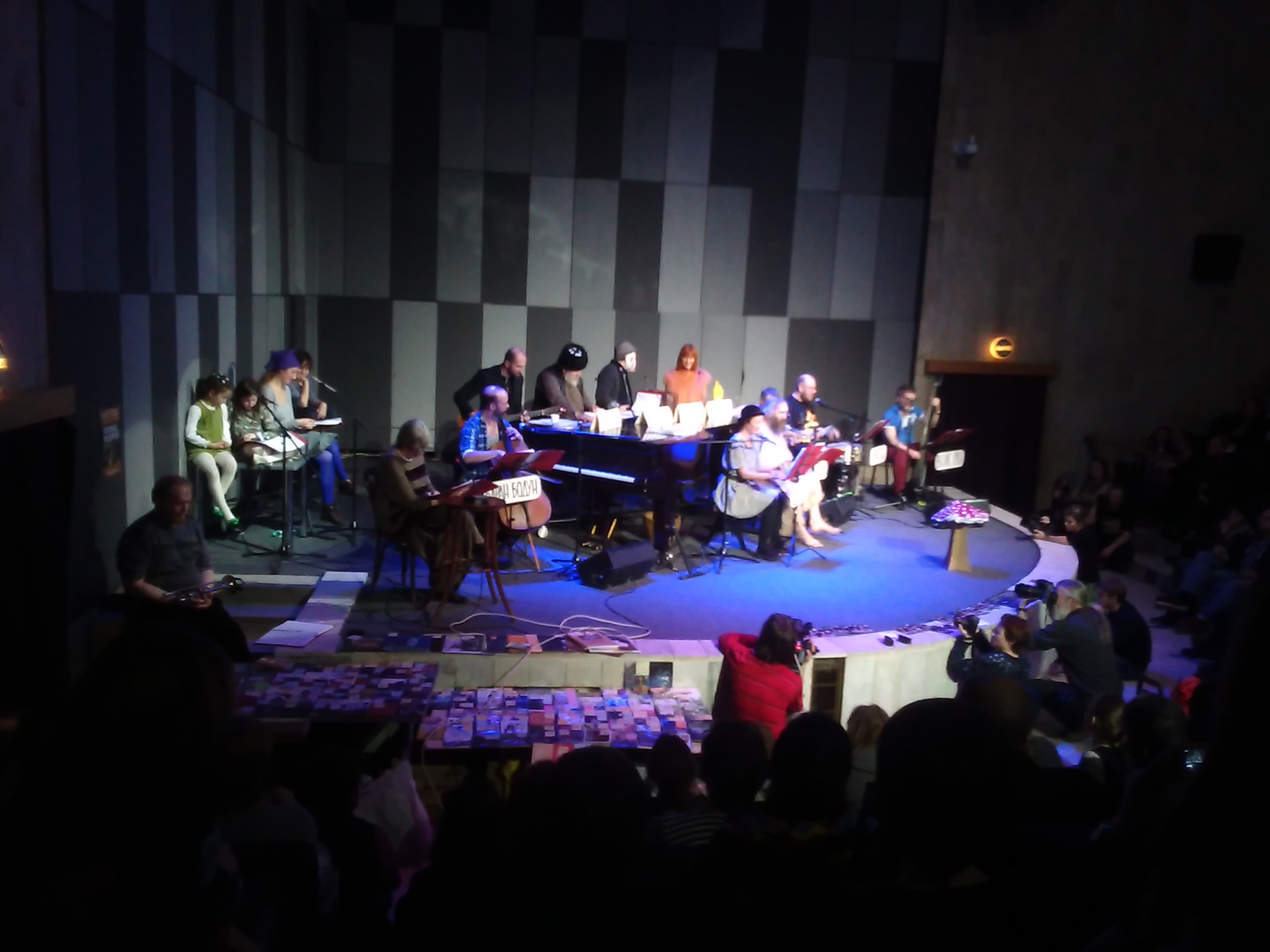